License plates. Do we really need them?

They get bent, faded, torn, stolen. Even phony license plates are out there. And if you are lucky enough to be James Bond your DB5 is equipped with a number plate flipper.

Interestingly enough, the first license plates in the USA started out as vanity plates; somewhat. New York state required identification showing the initials of the owner posted on the back of the car. The owners made their own license plates. Then, they moved to having plates with white lettering on black background. Whereas France was actually the first country in the world to use license plates. They simply started using sequential numbers. It would be interesting to know who had plate number 1.

Now, in some jurisdictions, you have to have plates in the front and back. Of course, some bright motorists will drill holes in the front bumper to attach the license plate because the front plate frame did not come with the car. In other places, you only require a plate in the back of the car.

There are three basic sizes worldwide, but with many variations. Today’s manufacturers have decided to have the license plate area be big enough to accommodate them all. Am I the only one who finds that ugly? Couldn’t they simply have two kinds of license plate housing? One to accommodate the smaller plates and one for the larger size. Easy.

Of course, if you have enough demand for something. somebody somewhere will start collecting it. So, there are plenty of license plates clubs and associations that connect collectors and put on shows. You can also buy all sorts of real or novelty plates online. License plate collecting is big business. Of course, there are plates for every type of conveyance, and their users. Fire trucks and fertilizer trucks have dissimilar plates, as if we can’t tell the difference. Charlie stopped the fire truck to put out a fire, but it was a fertilizer truck. He should have looked at the license plate.

Would it kill the manufacturers to have two sets of bumpers? One for those of us who have North American size plates and one for the rest? Thank you, Lincoln. My Mark VIII has the right license plate housing. Look at that luscious bumper. The plate fits perfectly.

But more and more, American automobiles have license plate housing large enough for European license plates. European cars that come to our shores have large areas that will, of course, take the smaller North American plates. It’s just plain obscene.

For example, take the case of Richard, not Dick, but Richard. We are not including his last name since he wants to keep his anonymity. He was born in Nottingham but moved to the new world to seek the good life. And the good life he found, although he always remained tied to England and some of the things he had left behind. He calls French fries chips. And he calls chips crisps. One of the things he wanted from the old country was that one day he would own a Rolls Royce. Now that he had made it, he treated himself to a Rolls Royce Wraith.

He waited patiently for his car to arrive from “Dover”. I try to imagine the shop where his Rolls was being assembled.

“Hey, Wilhelm. This car is destined for the Americas. Go get me one of them trunk lids, I mean boot lid. I think that there’s a stack on a pallet in back of the shop. Schnell.

“Keep your lederhosen on, Klaus. You can’t rush perfection. This is not your run of the mill Bimmer. It’s a handmade motorcar. It’s a Rolls Royce.”

Although having a larger and more pronounced rear end than its lesser Germanic cousin from VW, the Bentley, the Rolls is superb. Makes you wonder who really won the war. But that’s another story. And you have to give it to the marketing people. They know how to spin things. Two-tone paint? No, sir. Contrasting colours. Special roof interior? No. Starlight headliner. Rolls Royce is an official purveyor of fine motorcars to the house of Saxe-Coburg-Gotha? No. to the House of Windsor.

Anyways, would it kill the manufacturers to have bumpers or trunk lids that properly frame the license plate? The added cost would be minimal, if any, for car makers. Look at the photo of the Wraith’s rear end. The plate is lost and it looks bad.

Richard’s daily driver is a Range Rover, which came with his chauffeur/butler, Jeeves, both also imported from the UK. Richard liked to drive, so Jeeves was more a butler than a chauffeur. Richard took the Rover off road, just one time. If he thought that a stone was protruding too high and would scrape the undercarriage, he would send Jeeves ahead to dig out the stone and toss it to the side. Same with branches hanging over the path. Jeeves would jump out of the Rover, clippers in hands, and would trim any wayward branches so they would not scratch the boss’s Belize Green paint. Sounds more exotic than British Honduras green. 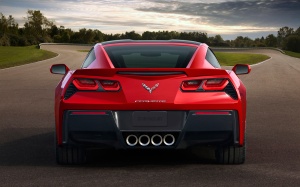 But today, Richard felt like taking the Wraith out for a spin. And the Wraith was really his personal car. Not meant or designed to be chauffeured. He checked the weather, made sure that Jeeves had washed the car and asked him to take it out of the garage. Richard was also hoping that no bird would fly over his Rolls and use it for guano target practice.

Dick paid over $400,000 just for the motorcar. Then, fees were added; documentation, registration, advertising and dealer fees to name a few. Pile taxes and insurance on top of that and he was in for over half a mil. He didn’t care. He could afford it. But for that price, you think Rolls Royce would design the lid to frame the license plate in the more pleasing manner for its customers who have small plates. But nooo.

You look at beautiful sports cars like the Dodge Viper or Chevrolet Corvette with their European plate housing. When you spend that much money to build such high performance machines, and how they look, installing the wrong license plate housing for your own market is a gross oversight and simply unforgivable. Same with Toyota’s Scion which has/had its headquarters in California. For shame.

I say rise up, fellow drivers, and lobby your government officials to force manufacturers to do away with license plates altogether.

They could simply fit cars with chips. I’m not talking about a complimentary nano-chip you might get every time you ask for a flu shot, but simply a chip in the front bumper and one in the rear bumper, preferably with the same code. Duh. This way, we would get rid of those unsightly license plates, but also those ghastly stick on tags that do not align properly and bulk up over time. And you wouldn’t be dinged by the licensing office every time you have to put a new plate on your car.

Your ignition key is already equipped with a chip. If you don’t have the right key with the right chip, the car will not start. So it would be nothing for manufacturers to put chips in the bumpers. And it would be much harder for your average midnight shopper to steal your bumpers instead of your license plate(s). Then, every time you renew your registration or insurance, your info would be updated. Mr. or Ms. Police officer could simply sit in their cruiser and scan the cars, giving them instant owners’ information. And with license plates no longer in existence, collectors would see the value of their collection increase overnight.

Are license plates still manufactured by inmates? I wonder…

Fascinated with the shiny buttons inside his great uncle’s Buick Electra, it didn’t take him long to get hooked on the car culture; both on the street and in racing. Michael has worked for a major oil company as a sales representative covering a territory of 40 gas stations. Afterwards, he became a chauffeur to high ranking politicians and government officials. Through lighthearted stories, he explores the relationship between Driver and Machine.
View all posts by Michael Bellamy →
This entry was posted in The Driver's Edge and tagged american, dodge, european, james bond, license plates, lincoln, range rover, rolls-royce, scion frs, viper, wraith. Bookmark the permalink.