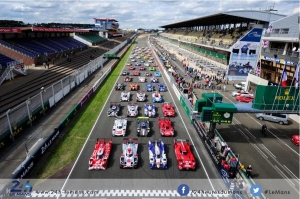 So this weekend, the 24 hours of Le Mans are going to take place. Even though it is held in France, I am much more excited about it than the Montreal F1 Grand Prix. Seriously, F1 has lost all its charm on me, and I have become very blasé about it now…

So why should you care about the 24 hours of Le Mans? Here are ten reasons why:

2) Stuff actually happens! You have fast cars, slow cars, tired drivers, amateur drivers. Crashes are a plenty and not all cars will actually finish.

3) It’s not ruined by marketing and sponsorship like F1

4) Ferrari is not there. Obviously, it’s a 24 hour race based on reliability

5) Bernie Ecclestone is not there! He’s basically the motoring world’s Sepp Blatter

6) It’s free to watch! Unlike F1 which is ruined by gazillions of advertising revenue and property rights, 24h of Le Mans is about being enjoyed by as many people as possible. So they actually stream it online, for the entire world to see! Watch it here

7) The regulations allow for different cars to race together. In which other race series do you get hybrids, mid-engined V8s and front-wheel drive front-engined monsters racing together?

8) Audi may finally be up for a challenge!

9) LMP1 cars are basically the fastest in any racing series! Last year’s AVERAGE speed was 242km/h over 24 hours

10) it’s all about racing. No rubbish rules to give a temporary advantage, no strategies to have one driver behind the other, no sponsorship ruining the sport, no Bernie Ecclestone, no social media apps, no BS. If you’re fastest, luckiest and use less fuel, you win.

Remember, you can watch the race live, for free at L’Automobile-Sportive.com

Who are you supporting? Personnaly I’m torn between Toyota and Nissan.

Bonus: in which other race did a car literally take off?