Posted on December 18, 2012 by justdrivethere

The end of year is nigh, and every other car magazine/blog/channel/website are doing their elections to find this year’s Car of the Year. The official European car of the year people have even brought out their list and it actually looks interesting, for once. Following this trend, it would seem a good time to do the JustDrive There car of the year elections, in the spirit of this blog.

You see, many car of the year elections try to look for the best overall car. With that in mind, Motorweek chose the Tesla Model S, EVO chose the Pagani Huayra and Lotus Exige S. L’Automobile-sportive did their selection too, with the help of their readers, and the winner was the Toyota GT86, by popular vote. So if we were to choose a car that would represent this blog, would it be? Could it be different? Let’s see by going through the contenders: 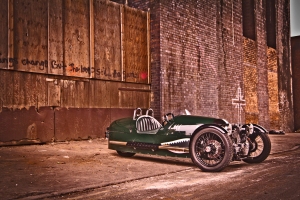 The aim of this blog is to celebrate the joy of driving. With that in mind, the Morgan Three Wheeler would be the obvious choice. It is, after all, the very essence of pure driving, minus the fourth wheel. Needless to say, nothing but fun can be had at its wheel. However, JustDrive There is also about travelling, something difficult to do in the Three Wheeler. The new Porsche 911 (991) fits the bill perfectly. It is still one of those cars that aims to celebrate driving and the driver still plays the most important role in it, not the central computer. It is also great on long trips, but it just feels too obvious to be the car of the year 2012, just like the Porsche Boxster (981). As much as I love Porsches (which is a new thing, but more on that later), they are just too perfect to be car of the year. The fact that they are just evolutions also is detrimental to their vote. For that same reason, the Volkswagen Golf mk7 cannot win. JustDrive There is about driving and travelling, but also about exploring new boundaries that may take the automotive world new directions. 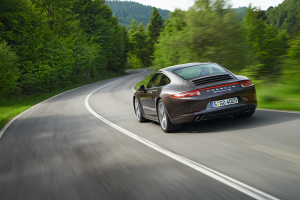 What about Ferrari then? This year we saw the F12 Berlinetta. Surely a Ferrari would be the epitome of driving pleasure? That is true, but today’s Ferraris are so encumbered with electronic tech that it is no longer the driver doing the driving, but the computer. So no Ferrari as car of the year I’m afraid. What about that other über supercar that came out, the Pagani Huayra? It is very pure, in the sense that there are no electronic aids at all, the driver dictates every movement. It is also very cool, with those flaps that move about when you corner for added downforce, and that interior which is just a new definition of the phrase automotive art. However, on a personal note, I am not a big fan of its looks. That front end is just a bit too grotesque to be car of the year material. Two cars that I like to look at a lot, on the other hand, are the SRT Viper and the Chevrolet Camaro ZL1. Let’s talk about the Viper first: It’s fast, very basic and powerful, the interior looks great and you can use it on long trips. Very JustDrive There then. Same thing with the Camaro ZL1, the evolution of the American muscle car I really like, that happens to drive very well also. However, just like the Porsches and Golf, they are still evolutions, nothing ground breaking. Same recipe, but better ingredients.

How about something all new then, something that really does break boundaries, the Tesla Model S? Here, I cannot deny that this car is a revolution, after all, it is an electric car that looks good, has decent range and is not so expensive-ish. It is a car you could own and use 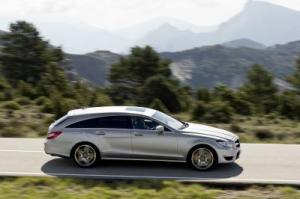 every day, provided you have a charging station where you park. Yet as fast as it may be on the road, it still lacks that all out fun factor, the sort you would find in the BMW M5 or Mercedes-Benz CLS 63 AMG Shooting Brake (or MBCLS63AMGSB for short). The Tesla may be good, but I doubt it would make me smile each time I take it for a drive. The M5 and MBCLS63AMGSB though make you smile from the time you engage first gear. The Mercedes has the added bonus of looking unbelievably gorgeous with its coupe/shooting brake form, which means you can take the family to Monaco for the weekend. At this point, though, I would be forced to remove the M5 for the same reason I had to remove the Ferrari, it is just too technical.

After all, the point of JustDrive There is to celebrate the joy of driving when travelling. You need a car that makes you feel connected to the road, yet that you can take across the continent. The CLS63AMGSB is good for that, but it would not be what I would call “pure” driving. It only comes in automatic after all.

I feel kind of stupid at this point. I went on and on about how I was going to find the JustDrive There 2012 Car of the Year and how it could be different from every other magazine/blog choice, yet after 882 words, here I am, at the same conclusion as almost everyone: The Subaru-Toyota-Scion BRZ/GT86/FR-S. 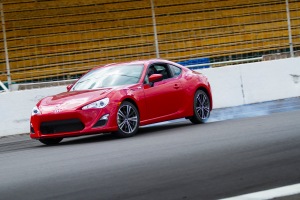 There is method to this conformity though. You see, the BRZ/GT86/FR-S is a pure sports car. It has a manual gearbox, a normally aspirated engine at the front, drive goes to the rear wheels, and in between sits the driver. When you turn the wheel, you do it, not the computer. If you want to go around that corner sideways, you can. The balance and handling on the car is also perfect, making it one of the best drivers car of 2012, to the point that both Jeremy Clarkson and Chris Harris claimed it was the car they looked forward to drive the most this year. With regards to the joy of driving, the BRZ/GT86/FR-S is the perfect choice. When it comes to travelling, the car has four seats, a boot big enough for many things, including (when seats folded) four tyres for that track day you always promised yourself. You could also take this car around the world, just like you would the Porsche 911, it is a sports car for every day, wherever you may be. When it comes to innovation and being new, the Subaru/Toyota/Scion is just that: it is all about going back to basics. For the same reason Dacia is popular in Europe, the BRZ/GT86/FR-S is popular among enthusiast. Cars have become over-encumbered with things

we don’t really need, so a car that gives us just what we need is always going to be welcome. As an added bonus, it is also affordable, meaning it may very well be my next car at some point. Finally, it is a boundary breaker. Just think of the main manufacturer: Toyota, makers of the Prius and Camry. Who would have thought they would come up with one of the purest and most fun sports cars out today?

To conclude, looking back at this list, I see a glimmer of hope for car enthusiasts. With the threat of even more automation, government control and less fun power sources, it still seems that the fun car can still exist. After all, I started off with a list of 12 cars, but there were many more interesting ones out this year.

And looking on next year, it does seem very promising indeed!