So, are supercars dead? 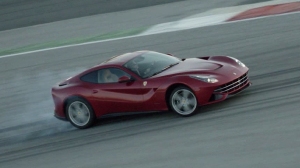 Only a couple of years ago, in his review of the Aston Martin V12 Vantage, Jeremy Clarkson lamented the fact that this was probably the very last V12 supercar, that later cars would all be turbo charged, and emit as much carbon dioxide as a mouse.

Though the Bentley Continental GT just got a twin-turbo V8. As a result it is a better car, go figure….

The truth is, even though they are viewed as environmental anti-christs, these super powerful cars are useful for everyday cars. How? Let me explain:

-Technology: Just like Formula 1, these cars are technological masterpieces. To get that much power from the engine requires skill, and a focus on squeezing every last morsel of horsepower from each drop of petrol. This technology is unheard of, then gets expensive, then trickles down to your everyday car. As a result, your 100bhp 1.0L hatchback has a lot to owe to a Ferrari F50 for example. Exotic manufacturers try to get as much horsepower from an engine. What do mainstream manufacturers do now? Get as much horsepower from an engine. In both cases, the goal is maximum efficiency.

-Building the passion: It may not be very obvious, but building car awareness is important, and has been on the rise in recent years. Look at the fall of American car-makers in the late 2000s. People are working out that the car is not just a washing machine. More goes into that. The car is still a status symbol, why do you think all executives drive BMWs?
This knowledge can only be built through interest. And interest is built through passion. Without supercars, people will no longer be interested in cars. If the latest Ferrari had a 1.6L turbo engine, no one would take interest. As result, there would be no knowledge about cars, and as consumers, we would suffer. The experience would not be the same, and the quality would fall. That is why Chinese auto-makers must learn to spark passion and interest in their cars, otherwise they will not sell. Simply look at what Hyundai achieved with the Genesis V8.
One way to gain interest is to impress, and how do you do that? Think Big. Big numbers, as juvenile as this may sound, attract. If you don’t believe me, look at the Ipad 3, all the noise is made about the extremely high screen resolution. The more over-the-top the car, the more it will be loved. Don’t believe me? Look at the way the Lamborghini Aventador, the Pagani Zonda or the Ferrari F12 Berlinetta are described in car reviews.

-The craftsmanship: Just like the watch-industry, there are two sides to the car-industry. On the one hand, you have the Casios and Timex (the VWs, the Nissans, the Chevrolets), then you have the Swatchs and Festinas (BMW, Mercedes-Benz, Lexus), and then, you have the high end models, like Rolex or Patek-Philippe (Rolls Royce, Ferrari, Aston-Martin. You are not just buying a watch; you are buying a brand, a quality, and an aspiration to be the best. Ferraris are like that, there is the heritage, the quality, and the constant pursuit of building the fastest car. If a Rolex had a Quartz mechanism, would anyone buy-it? Same thing goes with A Ferrari and a V12.

I may sound like a passionate petrol-head, but every industry needs an over the top range. Yes, few people will buy it, but simply knowing they are there helps make the world an interesting place to live. And as long as we are still human, there will be V12s.